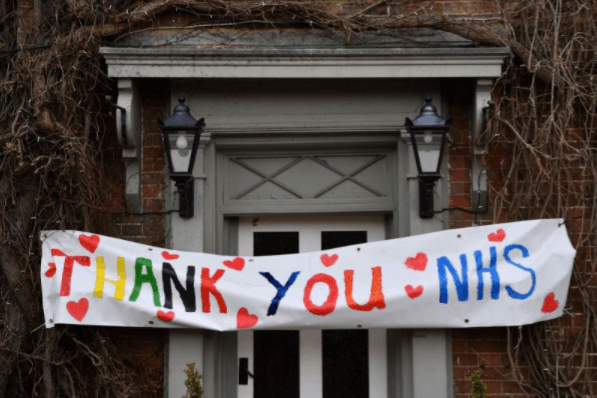 Since Boris Johnson announced stricter measures to stop the spread of the coronavirus outbreak on 23 March, the UK has been in lockdown with all but essential trips outside the home banned.

Despite the tough times British people are facing, a sense of community and camaraderie has grown.

In a nationwide survey, 87% of British people said they were proud to be British, citing many reasons why our country makes them proud.

Unsurprisingly, the NHS topped the list with 71% of the vote.

Our favourite foods also featured high on the list, as well. With fish and chips and a full-English breakfast featuring in second and third places.

With most fish and chip shops up and down the country closed, perhaps the nation is missing its much-loved takeaway meal.

The Queen, the British countryside and Big Ben all featured high on the list, too.

Plus, there were some lockdown favourites that have been keeping us going during this unprecedented time.

The first lockdown specific name to be included on the top 50 list was Joe Wicks.

The Body Coach’s daily PE workouts have inspired millions of people – both children and adults alike – to tune in and get their daily dose of endorphins.

22% of the British public said that his workouts made them feel proud to be British during this time.

The Chancellor, Rishi Sunak, also featured on the list with 20% of the vote.

He has been a key part in the daily government briefings alongside Boris Johnson and it seems the British people have warmed to him.

The poll from Perspectus Global also featured the likes of roast beef, Sir David Attenborough and Only Fools And Horses.

While many of the favourites related to certain people, TV shows or food, there were a few that simply stated the good qualities that British people possessed.

The likes of kindness and sarcasm, for example, came in 13th and 14th respectively.

Only Fools and Horses 32%

The Duchess of Cambridge 19%

The houses of parliament 11%