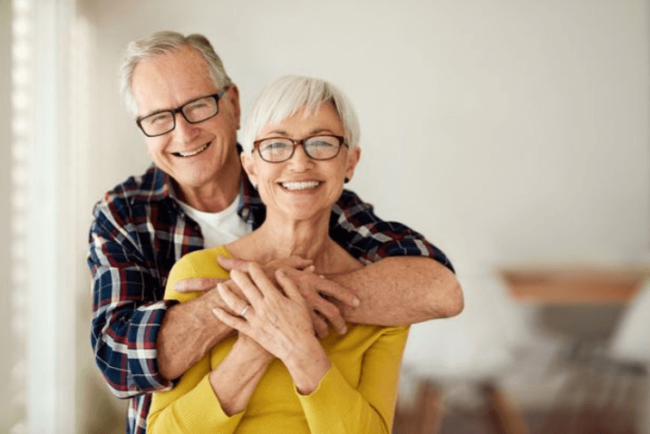 Over-50s insurance provider, SunLife, asked British pensioners for their advice during the coronavirus outbreak. Many thought that the younger generations were less able to cope with the crisis

A nationwide study found that than nine in ten over-60s Brits believe the motivational slogan, created by the British government to raise morale during World War II, should be resurrected.

As the UK nears the end of it’s second week in lockdown, to prevent the spread of coronavirus, OAPs are offering their advice to younger generations.

The data found that adults aged 60 and over feel they have a much calmer approach to the escalating problems than younger Brits.

Nearly three quarters (74%) of the OAPs polled said, despite being in self isolation, they felt prepared for the coming months.

While 80% said they are confident the government is doing all it can to ensure Britain avoids the worst of the fall-out.

Almost seven in ten (69%) said younger people have never lived through a difficult situation, which is why they are struggling to come to terms with the recently imposed hardships.

In fact, 81% of the 1,000 adults over-60s surveyed said that the strength of the British character, means we cope well in times of a crisis.

A further two-thirds (64%) believe our resilience as a nation will get us through the challenges ahead.

The research, by SunLife, revealed that over half (53%) of Brits over 60 said those in their thirties and forties were bound to worry more due to having to feed their families and the increasing insecurity in their jobs.

But 59% said the current upheaval with school closures and many professionals having to work from home meant their stress levels were through the roof due to the sudden changes they were having to make.

Now, 53% said that due to the fact youngsters had never seen rationing they were unable to cope with the current empty shelves at the supermarket.

Toilet roll, hand sanitiser, pasta, flour and bread were all wiped out in British supermarkets over recent weeks due to panic buyers.

Ian Atkinson, marketing director for SunLife said: “While we’re all adapting to new ways of living, the approach many older people are taking – to keep calm, support each other and try not to worry about things we can’t control – is really valuable.

“Their advice to try and find the positives in any situation – such as the potential revival of traditional activities like baking, growing vegetables and knitting – is something that could help us all.

“We’ve created some garden makeover ideas for Brits of any age, which can be found on our website.”

The research found that social media posts (60%), conspiracy theories (29%) and horror stories (28%) were blamed by older Brits for the rising panic in society.

According to the study, the best piece of advice the over 60s have for the nation is to look out for elderly and vulnerable people and 72% urged people to support each other.

Two-thirds said it was imperative we all stay positive, but a practical 22% said, ‘when things get really tough – put the kettle on.’

And more than two thirds (70%) said that with everyone self-isolating there will be a revival in traditional activities like baking, growing vegetables and knitting.

*The research of 1,000 Brits over the age of 60 was commissioned by SunLife Insurance via online polling firm, Perspectus Global.