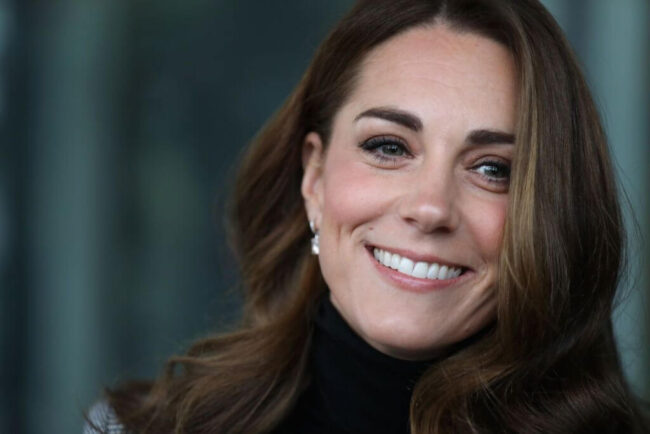 YAHOO, MAY 28 2020
COVERAGE FOR PERSPECTUS GLOBAL

Duchess of Cambridge crowned queen of cool in new poll

The Duchess of Cambridge has been crowned the coolest female of the moment, according to a new poll.

Researchers quizzed 2,000 British women, asking them to vote for the females they consider the “coolest and most inspiring”, with the duchess emerging as the clear winner.

The Duchess of Cambridge 38, and husband, Prince William 37, have made a string of virtual appearances recently as they isolate with their children, Prince George, 6, Princess Charlotte, 5, and Prince Louis, 2, in Anmer Hall in Norfolk during the coronavirus pandemic.

And her hard work doesn’t seem to have gone unnoticed.

That, along with her classic sense of style and unflappable parenting techniques, seem to have catapulted the royal right to the top of the cool chart.

But the Duchess wasn’t the only royal to make the list with the Queen, coming in third place and Kate’s sister-in-law, Meghan Markle placing 15th in the poll.

Coming in second place in the global cool list is former FLOTUS Michelle Obama, whose new documentary, Becoming, is now showing on Netflix.

From the world of music, singers Billie Eilish and Adele also revealed their cool credentials, as did environmental campaigner Greta Thunberg.

Asked what made a person cool and a role model, more than half of the women polled said a strong sense of their own identity (57%) was key.

The study, commissioned by research agency Perspectus Global, also found more than four in ten (43%) believed caring for others was vital, while 32% said they should empower other women, and 34% felt being humble was the coolest trait.

Commenting on the findings spokesperson and Head of Projects, Evie Porter commented: “During these strange and uncertain times, it’s fantastic to see strong, powerful women coming to the fore.

“From her Hold Still photography project to a video call with a new mum and virtual bingo session with care home residents, Kate has shown just how cool and inspiring she is.”

Coolest females of the moment
1.The Duchess of Cambridge – 23%

*The research of 2,000 British females was conducted by polling firm Perspectus Global in May 2020