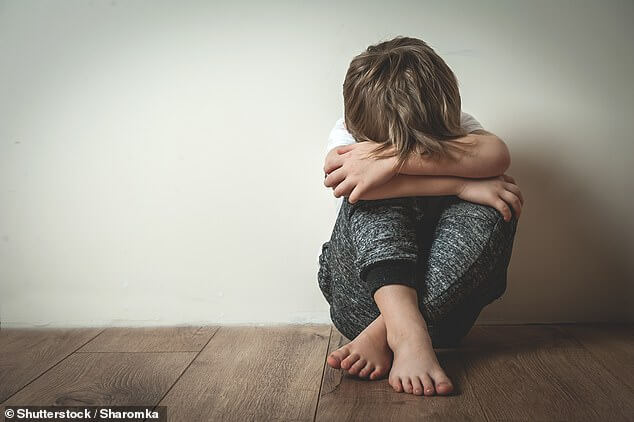 Lockdown parents have faced 120 cries of ‘I’m bored!’, 100 meltdowns from their children and mopped up 50 food and drink spillages over the past 10 weeks

If you’ve reached the end of your tether juggling work, home schooling and housework during lockdown, you’re far from alone.

A new survey reveals how millions of parents are craving some peace after being cooped up with the children for the past ten weeks.

According to the poll, the nation’s offspring have yelled ‘Mum!’ an average 190 times and ‘Dad!’ 140 times.

On average, mums and dads have spent 60 hours preparing meals, mopped up 50 food and drink spillages and loaded and eventually unloaded the dishwasher 80 times.

An average of 91 loads of washing have been done per household – more than one a day. Families have also settled down to around 110 movies together, while children have been read 100 stories and allowed to play on iPads 111 times.

Parents have refereed eight arguments between siblings, on average, yet despite homes sometimes becoming battlegrounds, more than half of parents admit they have loved having more time to spend with their youngsters.

The survey of 1,500 parents with children under the age of 11 by toymaker Little Tikes found a third of parents believed lockdown had brought their family closer together, despite heightened stress levels.

One in five said they had learned more about their children from having to spend time together.

Around six in ten parents told researchers that they have appreciated the chance to play with their children, with four in ten reporting they know their youngsters better because of the time spent at home.

They also found that families have been keen to connect with loved ones by video calls during the lockdown, by making an average of seven Zoom calls to grandparents each week.

But the strain on family life caused by the lockdown was also apparent.

Nearly three quarters – 72 per cent – of parents admitted finding life more stressful than it was before the coronavirus pandemic Little Tikes spokeswoman Michelle Lilley said: ‘Lockdown has been a huge challenge for families across the UK.

‘As well as home schooling, parents are also battling to keep their children entertained 24/7, many of whom also have to fit in their day job at home too.

‘It’s encouraging to see that plenty of parents are feeling closer as a family and that they’re learning more about each other than ever before.’

Schools start to go back from tomorrow, starting with Reception and Year 1 and Year 6 of primary school.