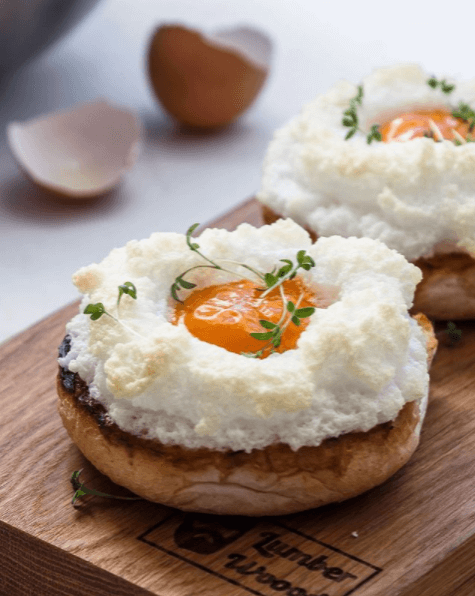 Traditional breakfast items – such as black pudding, boiled eggs and some cereals – are becoming less popular, according to a new study.

A host of classic breakfast items which could ‘die out’ within a generation, say the study authors, with 57% of young Brits having never even heard of kedgeree and 50% having never eaten black pudding.

Over half (55%) of the nation’s under 35 year olds are moving away from traditional breakfasts and are more in favour of more modern choices.

According to the poll, 18% are more likely to be seen knocking up a plate of ‘cloud eggs’. A cronut (cross between a doughnut and a croissant) is also a popular millennial and Gen Z breakfast choice (14%), as is avocado (25%), shakshuka (10%) or a breakfast burrito (16%).

Even the classic full English could also be in decline as one in five of those polled prefer a vegetarian or vegan alternative.

The survey into the nation’s breakfast habits by TABASCO® Sauce has revealed a generational shift in what we eat in the morning, with as many as seven in ten young Brits saying they would be happy to never eat cereal or toast for breakfast ever again (71%).

And Instagram seems to be part of the reason. Over half of 18-35-year-olds have ordered or made a specific dish for breakfast or brunch because it was photogenic.

British breakfasts that are dying out

A bowl of muesli

A bowl of bran flakes

A bowl of cornflakes

And nearly one in five young Brits (18%) say that if their breakfast is photogenic then that’s a serious bonus, and 15 percent have scrolled through Instagram for breakfast inspiration. However, the research also reveals some traditions still hold firm, as a breakfast sandwich of eggs, bacon and sausage still features on the list of millennials’ top breakfast choices (39%) as does the bacon butty (37%).

Young people are also more likely to opt for a spicy option than older generations (26%). Chorizo or merguez sausages are gaining popularity with young Britons as one third (32%) favour these over the classic pork sausage.

And three in ten prefer to munch on sourdough bread rather than the traditional white sliced loaf.

And spicy sauces could overtake the classic brown sauce in popularity, as four in ten (44%) millennials prefer to add a kick to their breakfasts with hot sauce.