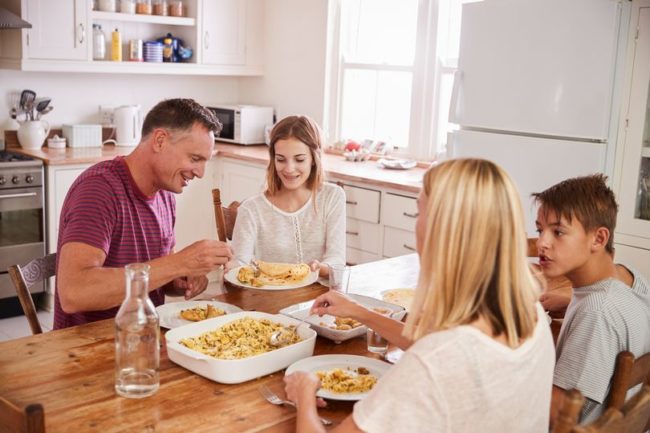 What do you call your evening meal? The dinner v tea debate has been settled

New research has revealed what most Scots call their main meal of the day.

What do you call your evening meal? The answer depends on where you live in the country.

However, new research has revealed that the main meal of the day is one issue most Scots can agree on.

Hotel chain Travelodge conducted a study to find out what people call the meal in different parts of the UK.

They found that 74 per cent of Scots surveyed call their evening meal dinner.

The findings set Scots apart from our neighbours in the north of England where the evening meal is often referred to as tea.

However, when it comes to the sweet treat following the evening meal, Scots are fairly divided.

Just under half (45 per cent) of Scots call it dessert, whilst 39 per cent prefer to call it pudding.

The remaining 16 per cent were split with calling it sweet or afters.

Shakila Ahmed, Travelodge Spokeswoman said: “With over 580 hotels across the UK, including 47 in Scotland, our Bar Café team members regularly debate whether the evening meal should be called dinner or tea.

“Therefore we thought it would be interesting to put this age old argument to bed by asking the nation. Interestingly our research findings show that for the majority of the Scottish nation it’s definitely dinner and this term has certainly stood the time within Scottish families.”