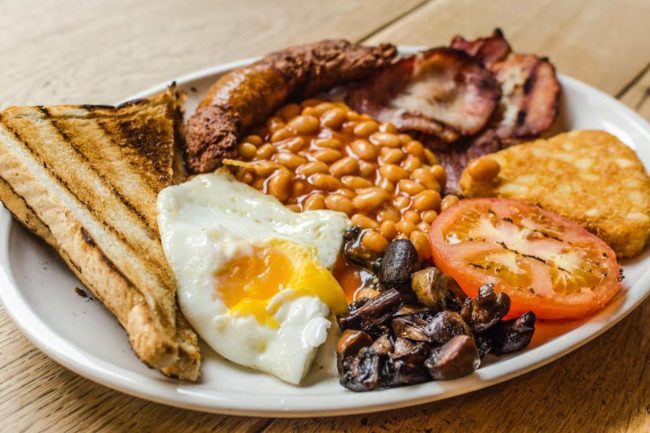 The full English breakfast could ‘die with the next generation’

The full English breakfast could soon be a thing of the past, a new study has found.

The research says that the classic English fry up could die out within a generation, as almost one in five Brits under 30 have never had a full English breakfast.

The nationwide survey found that 27 per cent of the 2,000 participants aged 18 to 30 said black pudding was the most unappealing thing about a traditional fry up.

A quarter (24 per cent) of respondents said a fry up was ‘too greasy’ and 42 per cent said it ‘reminded them of men in vests hanging around in transport cafes’.

The greasy bacon, ‘lukewarm’ baked beans and processed sausages were also factors that put young Brits off the classic and 71 per cent of respondents said they would rather have smoked salmon and scrambled eggs, smashed avocado on toast and oatmeal pancakes for breakfast.

Ellie Glason, Director of polling firm Ginger Research, who commissioned the study said in a statement: “The study found also that over half of young adults believe Britain is becoming more health conscious and shunning traditional English meals like fried breakfasts, bangers and mash and pie and chips.”

Items in a full English breakfast can differ depending on where in the UK you live, but common items include bacon, eggs, sausages, baked beans, fried tomatoes, fried mushrooms, black pudding and toast.

The breakfast dates back to the 1800s where Victorians served it to display wealth and hospitality.