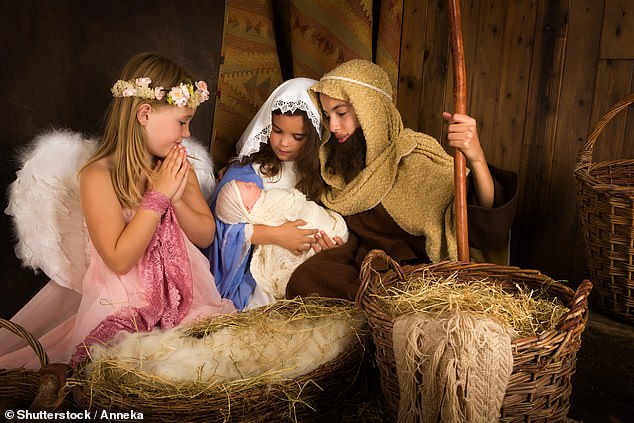 The Bethlehem Rich List! Forget Mary and Joseph… adults who starred as the OX in school nativity are revealed to be highest earners today – so how do you compare?

The roles children play in their school nativity directly correlate to their adulthood traits, including their salary, according to new research.

A nationwide study of 2,000 British adults found that the roles people took up on stage over the festive period as a youngster led them down particular life paths.

For example, most Brits who had played the part of the ox now earn an average of £43,000 per year, which is more than twice the salary of those who played a lamb or sheep.

The study, that was commissioned by Virgin Media to mark their Christmas Stars competition, also found that those who landed the plum role of Mary are most likely to be extroverts and have the biggest social media following.

They are also most likely to be truly content in their adult life, followed closely by those who either played Joseph or a donkey.

The study included predictions of the sector each character was likely to end up working in too.

Memories of the nativity run deep, with 22 per cent of British adults saying that their role made them feel proud and gave them confidence from a young age.

People who didn’t get cast as a main part in the Christmas story experienced mixed reactions to missing out.

Some were pleased that they would not be in the spotlight but a handful actually claimed that missing out had been so painful that they never acted again.