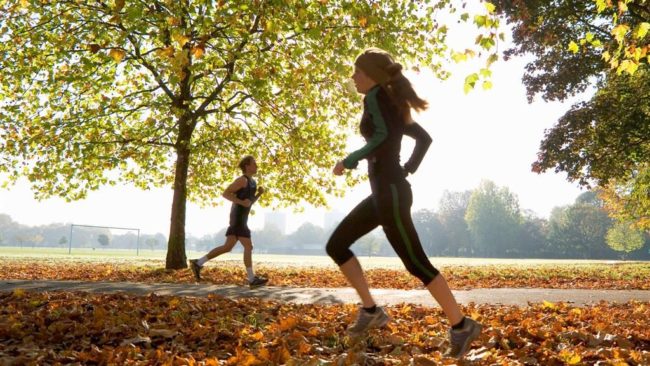 Run for your life! One slow jog a week ‘will add years’

JUST one run a week significantly cuts our risk of early death, a study shows.

Even a gentle plod — a single 50-minute jog at less than 6mph — was linked to a 27 per cent lower likelihood of being struck down early by any cause, a team of researchers in Australia found.

Associate Prof Zeljko Pediscic, author of the study at Victoria University in Melbourne, said: ‘If more people took up running — and they wouldn’t have to run far or fast — there would likely be substantial improvements in population health and longevity.’

The researchers checked 14 studies, involving more than 232,000 people, on the link between running or jogging and the risk of death from all causes, cardiovascular disease and cancer.

Health was tracked for between five and a half years and 35 years, during which time 25,951 participants died.

The pooled data showed a 50-minute run — 25 minutes less than the recommended weekly duration of vigorous physical activity — lowered risk by 27 per cent for both men and women.

Prof Pediscic said: ‘This makes running a potentially good option for those whose main obstacle to doing enough exercise is lack of time.’

He added that it was not yet clear whether ‘upping the frequency, duration and pace might be even more advantageous’.