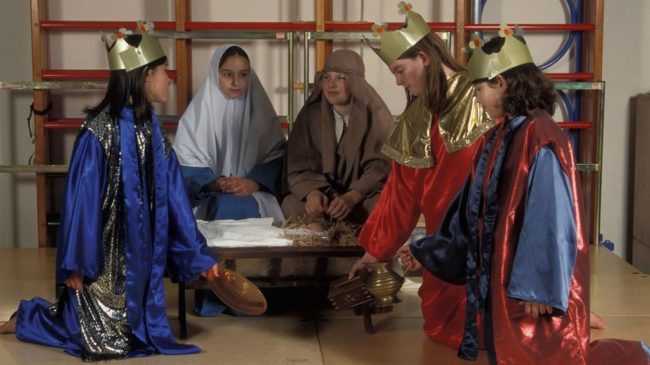 No bull! Nativity ox ‘will go on to earn twice lamb’s pay’

THE role you play in a school nativity play could decide how much you earn as an adult, a study shows.

And in terms of satisfaction with life, 92 per cent of those who played the Virgin Mary said they were happy, compared with 83 per cent of former Angel Gabriels or sheep.

Oxen were most likely to work in advertising and love amateur dramatics, the festive finances survey found.

Angel Gabriels end up in marketing, earning an average of £40,000 a year, with a love of reading. Marys are destined for a career in retail, earning £39,000 and enjoying yoga. And Josephs are likely to work in finance and enjoy shopping, with their £38,000-a-year pay.

Innkeepers become builders or plumbers, earning £37,000 a year and enjoy chess and puzzles. Shepherds go into IT and develop a love of cinema, earning £29,000. Kings move into construction, with £26,000 pay and a love of video games.

Donkeys also tend to end up in IT, with £25,000 pay and an interest in gardening. Narrators become educators and keen horse riders, with £24,000 pay.

Lamb or sheep go into healthcare, love yoga and earn £20,000, said Virgin Media, which carried out the poll to mark its Christmas Stars competition, offering primary schools the chance to have their nativity show televised on Virgin TV, narrated by Stephen Mulhern.