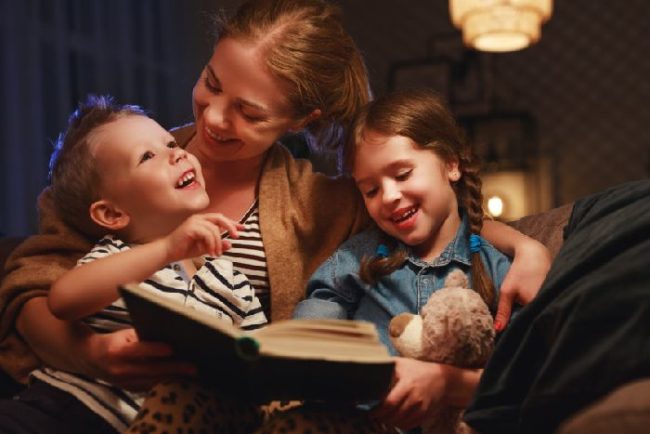 More than half of parents admit they have changed the ending of classic books and fairy tales, so not to upset their offspring.

Even classic stories are now deemed too much for today’s parents, the poll found, with 75 per cent refusing to read books such as Hansel and Gretel to their children.

As many as 30 per cent have never told their children any kind of ghost story and 57 per cent are worried about their children dressing up in scary fancy dress outfits this week for Halloween.

Yet, despite parents going to great lengths to protect children from being afraid, as many as 77 per cent admit it is probably character building for their kids to be scared by age-appropriate stories, the poll of 2,000 parents of under 11s suggests.

As many as 80 per cent of the adults polled said they remembered being told ghost stories by parents or fellow classmates when they were young.

Meanwhile, the majority of those polled said they cannot remember the spooky stories having any major negative impact on them.

A spokeswoman for Legoland Windsor, which commissioned the poll, said: “This research is fascinating, showing the lengths that British parents go to to ensure their children don’t ever feel frightened.

“Many traditional fairy tales are now avoided, the endings of books changed so every story has a happy ending, and even ‘scary’ costumes for Halloween will be shunned by many.”

Some popular fairy tales are even more gruesome in the original than in the more sanitised versions published today. In one original versionsof Cinderella, Aschenputtel, published by the Brothers Grimm in in 1857, pigeons peck out the eyes of the Ugly Sisters as a punishment for their treatment of Cinderella, while the pair also hack off pieces of their own feet to try to fit into the glass slipper. Meanwhile, early versions of Hansel and Gretel see the character of the witch portrayed as the Devil – who slits his victims’ throats.

Around half of parents said they believe Halloween has simply become too frightening. More than half of those polled said it was perfectly natural for parents to want to protect their children, however, 31 per cent said they think people now make too much fuss over Halloween.

However, a quarter of those surveyed also admitted that they are probably guilty of being too overprotective, while 56 per cent said they know friends or family who are guilty of wrapping children in cotton wool. Around 30 per cent of the parents polled who had children under the age of 11 said they thought it was “cruel” to stop children going out trick or treating.