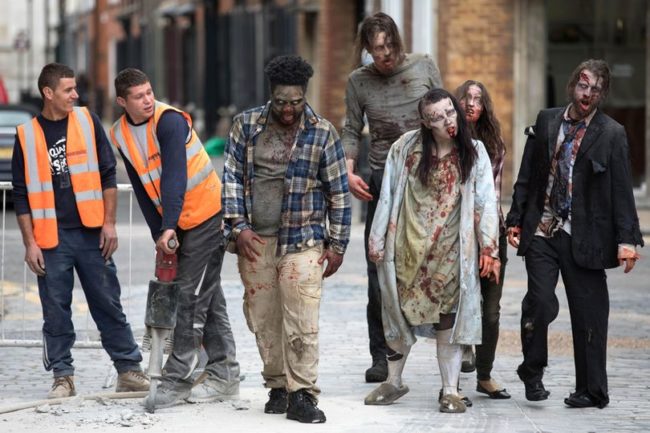 More than half of worried Brits have an escape plan if there is a zombie apocalypse, a study found.

The research revealed 55% of Brits have a strategy if corpses emerge from their graves like hit TV show The Walking Dead.

And 56% felt confident they could survive an uprising, with nearly one in five admitting to discussing it with pals down the pub.

Some 15% plan to head for a river or the sea to try and find a boat to escape, while one in ten would climb a tall building and set up a camp.

More than one in seven would jump in a car and drive away, while a brave 17% said they would fight back, the research by phone network giffgaff found.

“Luckily giffgaff knows that flexibility is one of the biggest bugbears to consumers, that’s why we offer our members great choice should they need it.”

The poll also found the average Brit felt they could slay up to 29 spooky creatures.

A cunning 13% said they would pretend to be a zombie to try and escape, while a further 13% would take inspiration from film Shaun of the Dead and head to the pub for a lock in.