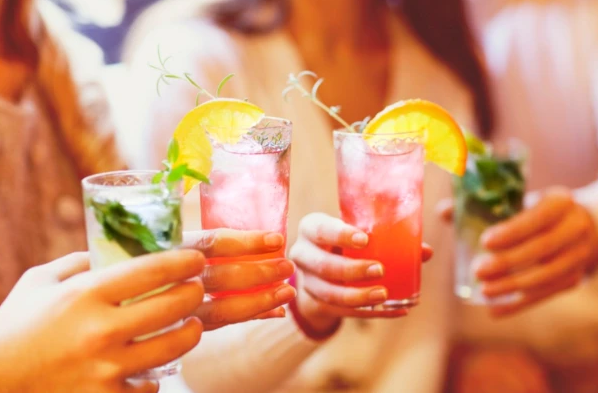 GLASWEGIANS are the most likely to get hammered on Christmas Day, a new study has found.

A nationwide poll of 2,000 Brits found that more than half of Glaswegians – known for their love of booze – planned on getting sozzled on Christmas Day.

Just 38 per cent said they would stay sober.

Those in Leicester were the most likely to stay off the sauce on Christmas Day, with 49 per cent saying they would lay off alcohol on the day, compared to 51 per cent who planned on sinking a few drinks.

A total of 17 per cent said they wanted a ‘more mindful’ Christmas this year.

Of those polled, 34 per cent even said they would stay sober on New Year’s Eve too, where having a few drinks is considered even more ‘essential’ than Christmas.

Craig Hutchison, fo Ceders, said: “These findings show that more of us than ever are choosing to drink mindfully and celebrate with family and friends without drinking alcohol.

“Opting for a non-alcoholic drink over Christmas so that you can go for a winter’s morning walk with friends the next day, or wake up early with your family on Christmas morning – these are the choices we’re making to get the most out of life. ”