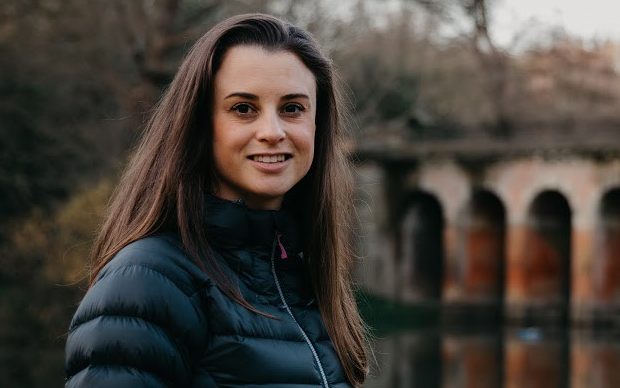 DAILY TELEGRAPH, NOVEMBER 20, 2019
COVERAGE FOR THE ASSOCIATION OF ACCOUNTING TECHICIANS

Why I left my NHS job to retrain in my 30s

Thirty is the age that most Britons give up on finding a job they actually love, according to new research. By this age, almost half of people feel trapped in a job they hate, and about a third think they’re too old to try for something they’d enjoy more, according to a survey by the Association of Accounting Technicians. But Justine Gosling bucked the trend, leaving a stable but unfulfilling career for a new adventure. Here, she explains why.

Aged 32, when everyone around me was making good money in their high flying careers or having babies, I decided to buck societal expectations and age-related trends by going back into education, full time, to pursue a master’s degree in Global Health at the University College London.

The sacrifices to facilitate this were huge: I had to take out a loan to cover my tuition fees; move into cheaper accommodation; forego an income for nearly a year; wipe out my savings; and take my first exams in nearly a decade. This was scary stuff and included a few backward steps, seemingly regressing back to my 18-year-old self. My mother assumed I was lost in life and it would just be an expensive, year-long piss up. She was right about one of those.

So why put myself through it?
I loved my physiotherapy job in the NHS, but it was no longer enough to keep my inquisitive brain happy. I wanted flexibility and development opportunities, to make a difference on a bigger scale. In the NHS, I was stagnating and couldn’t see progression opportunities aside from office-based management, the thought of which made me recoil.

In the three years prior to starting the masters, I’d been travelling, writing and trained as a volunteer disaster responder with deployments to refugee camps in Africa and Europe, in-between periods of hospital work. The humanitarian sector combined my skills and interests: I was delivering health care and travelling. Looking at jobs that might allow me to continue helping people, I realised I’d need a master’s. I shrugged off the annoyance of having to pay £120 for every application and applied for two courses in the top universities in London, where I’m based. UCL, the top-ranking school in the world for global health, accepted me and, in September 2018, I found myself sitting in the back of a huge and intimidating lecture theatre with my ears and mind open.

What’s it like to return to the classroom?
I thought there would be some changes in the 10 years since I’d been at university. I wrongly assumed that every student would be manically taking lecture notes on an Apple device, clutching a reusable cup of coffee and snacking on vegan protein bars. As an undergraduate in London a decade earlier, my cohort had been largely white and British 18-year-olds. Ten years later, this was the biggest difference: I was delighted to discover that my course attracted students of all ages from all over the world. In seminars we’d be discussing the 1995 Rwanda genocide with Rwandans; the conflict in Syria with a Syrian refugee; the inequalities in the American private health care systems with Americans. My peers gave me insights no lecturer ever could; my fellow students were the aspect of the course that I enjoyed most, and from which I drew greatest inspiration.

Why studying for a master’s is better than a BA, despite the tears
The reality of being a mature student were far from my mother’s expectations and my experience as an undergraduate. We all had almost 100 per cent attendance and only missed lectures due to broken down trains or severe illness. Instead of sleeping through lectures hungover, I barely drank alcohol, in fact, I have no idea where the Student Union bar even is.

Studying took over my life. I’d be at uni all day, pre-reading in the evenings, and spent weekends revising for exams and writing essays. I worked out from looking back through my personal diary, that I had properly, ugly cried just twice between January and September 2018, then dozens of times in the last 3 months of 2018, after starting the course. This shows how much the degree meant to me: most tears were from exhaustion or insecurity at handing in assignments I’d put so much into. I cried while researching the horrific consequences of anti-abortion laws in South America for an essay about power and inequality. I was in tears in the library late one Friday night, overly tired, hungry and pitying myself over what a bore I had become when all my non-uni friends were in the pub. The only chat I had at that time was about Ebola, HIV and babies dying from preventable circumstances due to poverty and lack of basic health care, which was hardly light-hearted pub chat.

The biggest tears fell when, to my great surprise, I found out I’d failed an exam in the first term. I was unable to even register the first mark I’d gained from an essay at the same time because the fail was so painfully disappointing. The fail was a massive confidence blow and seriously made me question what I was doing and whether all that I was sacrificing was going to achieve anything. It took sympathetic chats with a couple of supportive lecturers to pick myself up and continue. My peers and I all had mini-breakdowns at some point. Running home most days was my release and what kept me sane after a day stuck in a chair, my brain frazzled.

The cost is high
Many friends envied the fact that I was learning again and would love to study again themselves but simply cannot afford to. If I’d have calculated the true financial cost of taking a year out to study full time before I started, I’d probably wouldn’t have even entertained the idea. When I add up the cost of a year’s lost earnings and add on tuition fees, I feel sick. That’s not even taking into account the cost of living in London.

What comes next?
When I finished, I began to look for work. The humanitarian sector is notoriously hard to break into and the hubs of the sector are New York, Geneva and Brussels. After a few months of applying for every advertised graduate position, I’m moving to Geneva in the new year to take up a position at the United Nations headquarters, my first ever desk-based job.

I’ll never regret going back to university and my brain is hungry for more. The American writer Isaac Asimov agreed, writing that “education isn’t something you can finish”. If you’re thinking of studying again I’d absolutely encourage you to do so despite the costs; you can’t put a price on investing in yourself. Plus, you get a student discount rail card.