Reasons Behind An Overservicing Epidemic 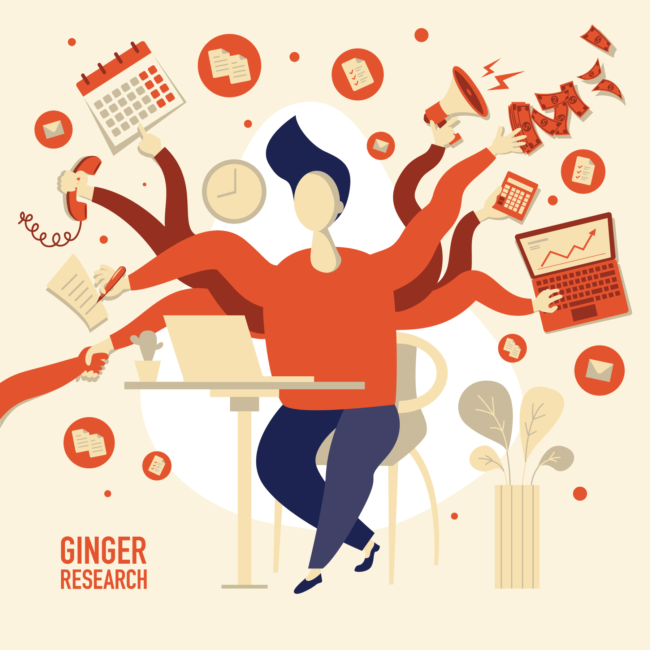 Promising the earth in pitches, the media landscape shifting, and not being able to say “no”: just some of the reasons behind an overservicing epidemic.

The nationwide study of PR agency staff across all levels and roles found that 17 percent of agencies are overservicing on EVERY single account they have, and a fifth (19 percent) overservice on almost every one.

Only 8 percent of PR agencies never overservice, according to the report.

The main reasons for overservicing, according to the more than 400 PR agency staff polled, are goalposts shifting on projects (54 percent), followed by scope creep (50 percent), and working overtime to meet high client expectations (49 percent).

The pressure to win business is also behind this worrying trend, with a third of agency staff blaming overservicing on unrealistics targets being set at the start of campaigns so as to ‘wow’ potential clients. For 23 percent, it’s when pitch teams ‘promise the earth’ that problems occur.

The study by Ginger Research, in association with the PRCA, found that for 30 percent of agency staff, not being confident enough to say no to clients is seen as a driving factor for overservicing, and 23 percent claim that planners are not accurately predicting how long projects will take.

32 percent say that the media is now harder to penetrate, and media relations simply takes longer than it used to, yet this isn’t taken into account when planning budgets and time allocation.

Worryingly, eight in 10 PR agency staff say they feel overservicing is becoming more of an issue in the industry.

When asked why they thought this was, 51 percent said clients were thinking more about the bottom line than ever before, so everyone has to work harder to prove ROI which impacts on servicing levels.

In the same vein, 49 percent said client expectations are now at an all time high, and 37 percent said the landscape was shifting so rapidly on the media front that PR agencies are struggling to keep up. And for a third, the problem is down to the fact that it’s harder than ever to win business, and so high targets are set that are difficult to meet.

Recruitment is also a factor, according to the 21 percent of PR practitioners polled who said that many new staff members just don’t have adequate skills and experience to be time effective.

And a quarter (24 percent) blame a new wave of PR professionals who don’t have the negotiation skills to manage client demands.

According to the study, overservicing makes 15 percent of PR agency staff consider quitting their jobs on a regular basis, and a fifth said it had made them think about moving on to a new role in the past.

And a staggering 86 percent of agency staff have worked unpaid overtime because of overservicing – covering the gap between the budget and the project work with their own personal time and for no financial gain.

Said Harriet Scott, MD of Ginger Research: “This research shines a light on the huge issue of overservicing by PR agencies. This is not an occasional problem – the report shows that for many agencies it is an everyday occurrence that affects client and agency relationships, staff morale and staff work/life balance.

“One key driver of overservicing, identified in the report, is the fact that the media landscape has shifted so substantially in recent years, and it is just much harder now – and takes much longer – to get cut through. We’ve found that ourselves – where news sell ins in the past took a 24 hours, they now can take up to a week, as the news agenda is just so manic.

“Managing client expectations on this front, and building this extra time into project planning and budget setting is one thing that agencies can do to help prevent overservicing.”

Francis Ingham MPRCA, Director General, PRCA added: “We have always been vocal in saying that over-servicing is detrimental to the industry, and this research confirms that. Agencies and clients need to have open conversations about expectations and outcomes in order to avoid overservicing. The key to this is ensuring that we are using proper evaluation methods and communicating this to clients. Overservicing will continue to harm our businesses and client relationships unless we embrace rigorous evaluation methods, and start treating one-another with greater respect and candour. We are delighted to have worked with Ginger Research on this survey and we hope this sheds a light on how damaging overservicing can be for the industry. Going forward, this research will play a major part in our new piece of work on improving the agency-client relationship – hint of which was given at this Autumn’s National Conference.”

When it comes demanding clientele, one in ten PR agencies has many so-called ‘vampire’ clients – clients who always want more and suck the account team dry, with 30 percent having a few, and 27 percent claiming to have one.

The report explored the potential solutions to overservicing, according to PR agency practitioners. Coming top of the list was feeling able to say no to clients (62 percent), while senior management addressing the problem and not ignoring it (56 percent), better time management (44 percent), and better planning (42 percent) were all also on the list.

For 30 percent of agency staff, negotiation training for all employees would help address the issue, and 33 percent believe having clearer Scopes of Work would help.

How can overservicing be addressed: top eight suggestions by PR agency staff:

Our Favourite Christmas Campaigns Of The Season

By Evie Porter, Account Manager   It’s the most wonderful time of the year – and here at GingerComms HQ, it’s one of the busiest times too, as we work to create strong Christmas research campaigns for our clients. There’s always plenty of fierce festive competition for research – and 2019 also threw in a […]

NEVER TRUST A YES MAN… HOW SAYING “NO” TO CLIENTS CAN LEAD TO BETTER QUALITY COVERAGE, RESPECT AND REPEAT BUSINESS

By Harriet Scott, GingerComms founder and MD We’ve all been there. Your top paying client has a very specific idea of how they envisage a campaign working. But how do you deal with it when you know, deep down in your heart of hearts, that the idea just won’t work?   It’s a tricky conversation […]

A new report reveals that public relations teams ‘own’ digital activity for brands, and here’s why we think this is important.   We’re proud to be the PRCA’s research partner for its seventh annual Digital PR and Communications Report. As always, the report provides a hugely insightful snapshot of how the industry is performing in […]