It was a dominating news agenda with ongoing discussions around the pandemic, lockdowns, petrol shortages, lorry drivers… yet there will still plenty of PR stories making a splash and securing fantastic results.
As is our custom, we wanted to share some of our favourite PR campaigns of 2021 – ones that made an impact despite the limited space in the papers, and gave us some fresh inspiration to take into next year’s brainstorms.
And from the whole of the team at GingerComms, we wish you a merry Christmas and a prosperous New Year.

We all know there’s a  bit of a fight over choccies when the celebration tubs are shared during the festive season, with some varieties proving more popular than others. And new research revealed that the bounty is the least popular choccie from the tub, according to 52 percent of the nation. We loved this campaign from Taylor Herring for Celebrations, making fun of the unpopular bounty bar and letting customers swap theirs for the more popular, malteser teaser.
Not only was this a bold move, highlighting our least favourite chocolate, it was a hugely relatable idea that went everywhere, and we especially enjoyed the accompanying video, telling the story of the bounty bar who struggles to find love at Christmas with a rendition of ‘In the bleak mid winter’. Widespread coverage ensued, from the Independent, the Sun, the Mirror, MailOnline and more. A cracking festive campaign. 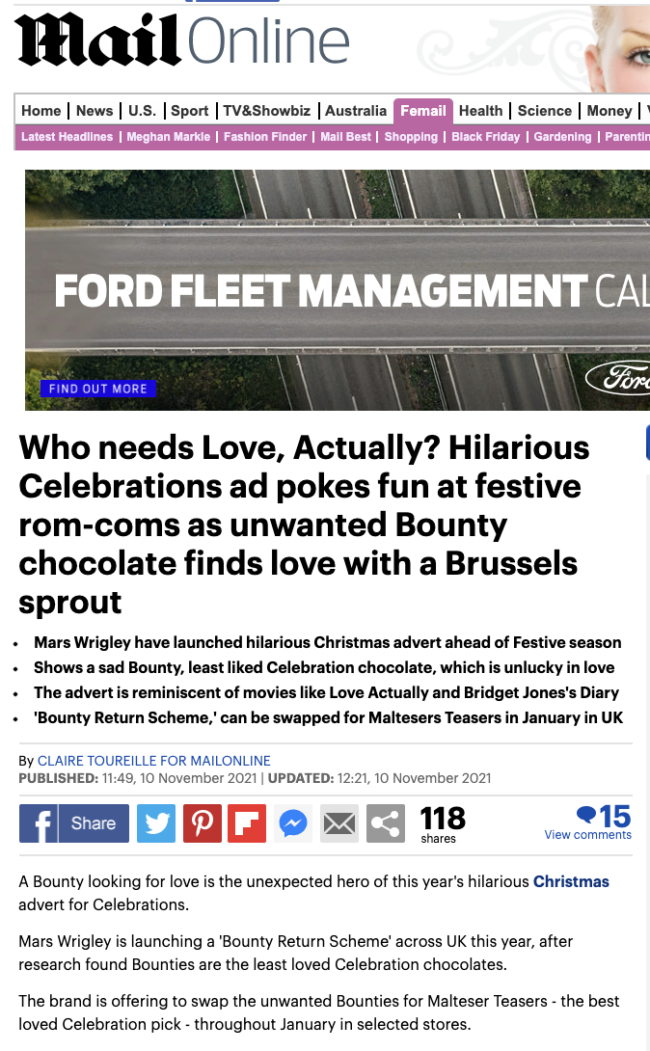 One of our favourite campaigns for our sister company, Perspectus Global, was a fun piece of research into signs you’re posh. We revealed the top 40 signs of being posh, including saying “loo” instead of “toilet”, having an aga and wearing a tweed jacket.

This was one which really tickled us and got everyone talking, securing a page spread in the Telegraph, Metro online, the MailOnline and plenty more. And with almost 1,000 shares on social media, this was a great campaign to showcase the power of effective research that has talkability.

The Co-op rebrands for COP26

The COP26 conference dominated the news this autumn, and for good reason. Lots of brands tried to jump on the wagon – some did so better than others – but Co-op created headlines for the right reasons with their rebrand of six major stores to Co-op 26, as well as a social media takeover and publicising the campaign on in-store radio.
Aiming to reflect the conference and get customers talking about how they can reduce climate change struck a chord with consumers. The campaign secured a reach of 47 million, with earned media coverage and social media and influencer content. A great campaign from the team at Halpern.

Earlier this year we worked together with LNER on a campaign around Britain’s best views. With international travel continuing to be limited, we built a story about the best UK views. Consumer research revealed an extensive list, from Lake Windermere to Loch Ness, Snowdonia and even the Tower of London.
This campaign secured 19 pieces of coverage, including Yahoo News, Mail Online, the Express and the Metro online. This was a story which brightened up a gloomy news climate and made us all thankful for the UK’s array of beauty and hotspots. 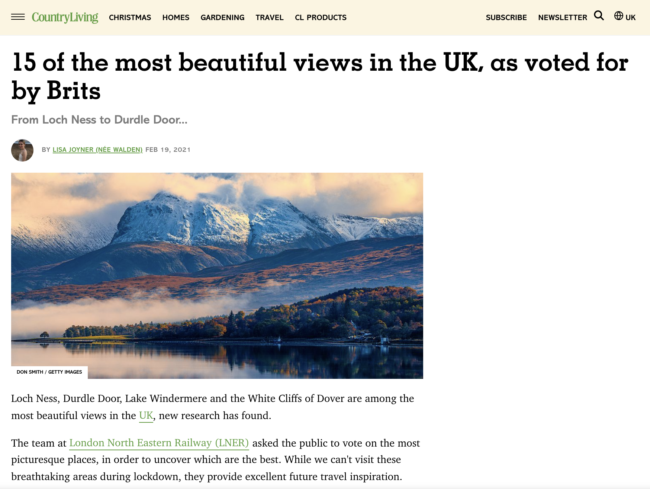 Mattel has been working hard to try to modernise its Barbie brand, and an initiative we liked from them this year was their creation of a  new doll to honour the scientist Professor Dame Sarah Gilbert, the project leader in the creation of the AstraZeneca vaccine.
The new doll is part of their Barbie Role Models programme, which sees Mattel creating Barbies of inspiring women, following research which showed 81 percent of mothers across the globe were concerned about the type of role models their daughters are exposed to.
This new campaign secured coverage on BBC News, the Guardian, the Independent and more, as well as creating discussions on social media, we thought this was a great example of a the brand celebrating women in all fields, and helping to inspire the children who play with its dolls. 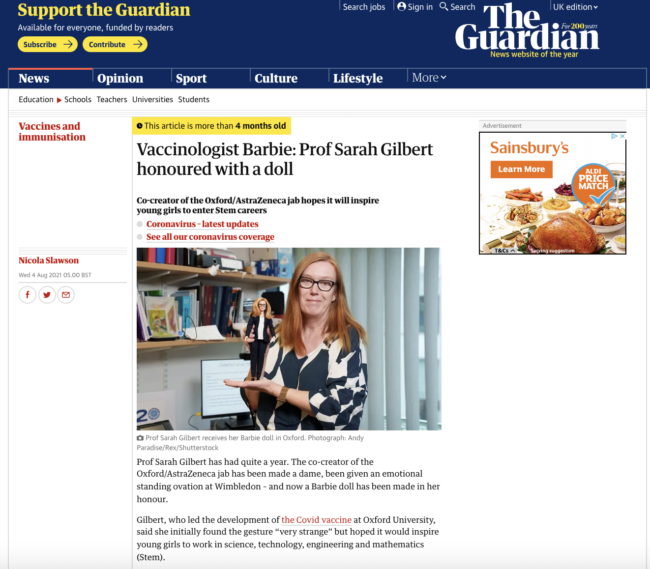 We worked Nexus on a project for British Lion Eggs, honing in on the classic British meal of boiled eggs and soldiers. We asked the nation how they like to have their eggs, then worked with Dr James Hind, a statistician from Nottingham University, who used the data reveal the scientific formula for the perfect boiled egg and soldiers – 4 minutes 15 seconds to boil to perfection, served with white bread toasted for 2 minutes and 55 seconds,cut into 0.8 inch soliders and buttered.
This campaign was a great example of using science to demonstrate how to produce a national dish, resulting in coverage on MailOnline, the Sun online, the Express and more. 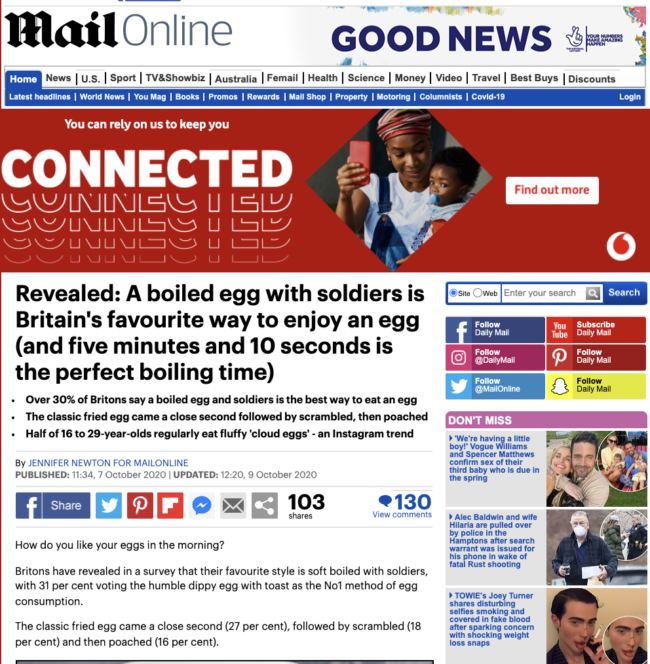