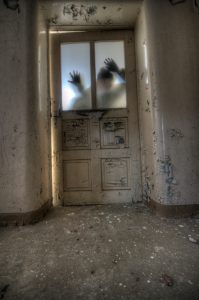 With 31st Oct approaching, it seems an appropriate time to discuss how good research can live on, long after you think its time has passed. Just like a zombie.

In April 2021, our research division Perspectus Global conducted an insights poll into emoji use, to discover which of the messaging app pictures were most in use and which made users seem old.

We asked 16-to-29-year olds what emojis were only used by old people and found that the “thumbs up” emoji was top of the out-of-touch list.

The research garnered some solid national coverage at the time, both online and in print.

Much research needs to be done quickly – a snapshot of opinion at a specific time. The results however can have impact for years to come, particularly if it’s done well and tells an interesting story.

So we were not surprised at all when this piece of research raised a hand out of the grave and began to breathe again.

Kicked off by a Reddit thread in which a young poster said he didn’t feel old enough to deal with the thumbs up emoji – the survey began trending on twitter as an initial piece in the Daily Mail was shared again. And that prompted it being picked up again by online and newspapers.

The story grew more and more powerful as sites as far afield as the New York Post and the Channel News Asia covered the research. Now 19 months after it was commissioned, the research is more talked about than ever – and has been covered by more than 100 outlets.

And this is far from a one-off, we’ve seen it happen with other topics, from the most annoying sounds in the world to more serious projects about period poverty. Good research remains in the memory. It’s almost scary.

If you want to know more contact us: unleash@gingercomms.com

THE TOP TEN OUT EMOJIS WHICH MEAN YOU ARE OLD